← more from
Good Eye Records
Get fresh music recommendations delivered to your inbox every Friday.
We've updated our Terms of Use. You can review the changes here. 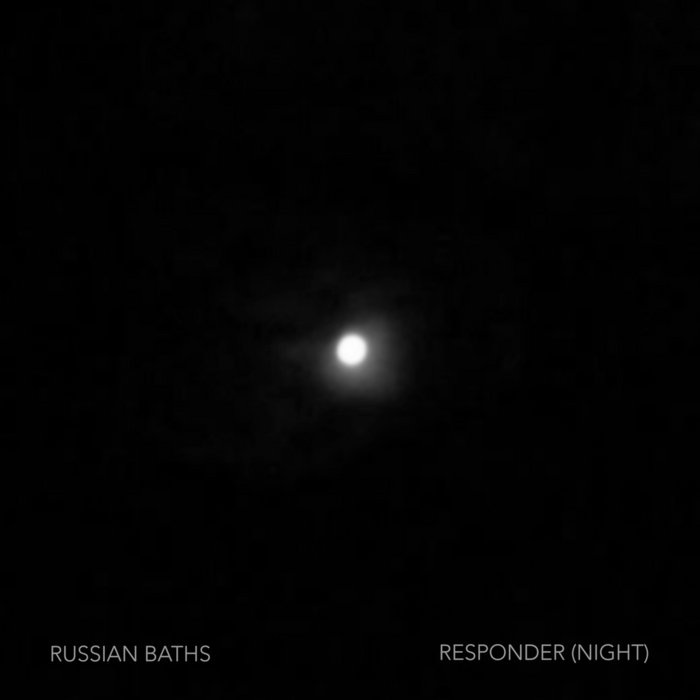 "Brooklyn's Russian Baths released their debut album back in 2019. A year later, they've returned to album standout "Responder" for an entirely new "Night" version of the song. Where the original is a dark, driving rock song, the new take is haunted, twinkling like the midnight sky, with skittering drums, melancholy piano and an open road's worth of atmosphere." ~ BrooklynVegan

Striving to control others (emotions, desire, behaviors) corrupts. This seems like a chronic symptom of the worst in masculinity.

A responder talks back, but does it listen? Not equipped with the tools to be vulnerable, one voice denies reality, refuses to connect, exerts more control, idolizing restraint ("the way I held every face card") and admonishing its counterpart ("you way you scolded me"). With denial (to self and other), all's bound to collapse. Both know it will happen. Neither wants it.

I guess it's also an exploration of the big 80s breakup love ballads of the Patty Smyth featuring Don Henley variation, but the dark sexual politics of the heartbreak are more explicit. This is the night version.

Bandcamp Daily  your guide to the world of Bandcamp

Quelle Chris joins the show to discuss his most recent release, "DEATHFAME"